The purpose of the trip was to help raise funds for an orphanage project that a friend has been working with in the town of Kpando in Ghana. My friend Tim and I shot photos and video to help paint a picture of what is happening, needs of the project and basic documentation of the project.
They have started building a new orphanage with more suitable facility’s and space for orphans in the community.
The non-profit that has organized is credited to a Pediatric Doctor, Pat Maharr and traveling nurse Paige Hale who were on a medically mission volunteering at a local hospital. The doctor was out on a morning jog when he stumbled across an orphanage in need of some support.
Through friends and family, they were able to raise enough funds to insure the 32 kids and buy property to start the construction of a new building since the land owners were evicting the Orphanage on the 1st of the year from it’s current location.
The idea is to help build an infrastructure to a sustainable facility that then can be applied to any developing country in need of an orphanage.
Tim and I are helping develop the visual piece, website, logo, media to help spread the idea. We are putting together a photo show in Akron in the beginning of December. Also editing video footage into some kind of visual journey slash documentation of the project. -Jon Bailey

Next Wednesday, November 16th is the Trailwork Appreciation Party at Carver Brewing Company on Main. Please let them thank you for all of your support you provide to make your trails organization the best in the West! If you didn’t do trailwork, they would love to see you, so please stop by and thank a friend for helping out on the trails.

Trails 2000 is primarily funded by membership donations. Their annual auction in January is the largest single source of funding. If you have any interest in helping plan the event, have items to donate or would like to attend: please contact them at Info at Trails 2000 dot org.

Indigo takes it all in amongst the wildflowers

Coach Annie found Indigo and her brother Denzel in the high country!

Carter’s gonna save it for next year

Ellen shows the girls how to drop in

Marit had her game face on for this one & she got it!

Let’s get this thing started already!

Post-race smiles all around!

Alli killed it in the rock garden

Camryn shreds it with sheer determination

Alli went for the pass!

Sierra & Alli went after it!

Amanda takes on a technical section

Coaches Alicia & Annie are stoked for the girls

Alli cools off with her new headpiece

Course pre-ride in the awesome Aspens

Sierra is a pro at registration

Camryn gives away the secret to her success- Gummi Bears

Devo Girls Take Their Skills to the Polo Field

Lacey goes for the goal!

The future of Grass Bicycle Polo

Ellen with the “reach-over”! Hard move!

No one could get by Carter’s amazing defense

Marit and Lacey get tangled up

Cool tall socks are a requirement for bicycle polo

Katja takes it up the field

Our team is pumped!

So close to the goal!

Devo U14 Girls Find Dinosaur on Top of Secret Trail

The girls worked hard to get to the top!

The glory tree gets some new additions

Indigo carried this guy in her jersey pocket the whole way

This was an awesome ride!

U14 Girls Get a Little Sidetracked in Summer

Shayla has definitely done this before!

Ellen makes a sweet shadow on the water.

The girls kick up some mud for Josie’s plunge.

Lacey leep for joy when we reach the swim hole.

Katja is stoked to jump in

Please Note; The CHSL State Championships have been rescheduled to November 12-13th in Castle Rock.
It’s time to recap another sweet Colorado High School League weekend with the Durango Composite team after heading to the 3rd race in the series. Team Director Sarah went with the team and here is what went down.

The weekend started with some doubts as to whether it even made since to drive 7 hours to a race. We are the team that travels more than any other team. While I did not want to pressure anyone, I did point out that we are in 2nd place in the league and if we miss a race, it would be impossible for the team to place. So, with the help of Dave, everyone got together and figured out how to send 6 athletes. Of course, the parents were the biggest part of making this happen!
Eli, Issac, Henry and I all arrived at about the same time to pre-ride together.

The race was held at a Boy Scout Camp 20 miles east of Colorado Springs. Wow! Those boy scouts are lucky as their camp was huge with lots of trails. Our pre ride was epically fun! We were playing around with passing lines! All 3 were pumped for the race! Then late night, Robin, India and Stephen came as they had PSATs that morning. What dedication! Stephen, with his permit, drove the whole way and Henry also dappled with driving. I can only guess that the parents’ anxiety during those times was higher than race time!

Morning of the race was colddddddddddd! Robin, India, Stephen and I headed out for our pre-ride on the course. It started out with a road climb into single track in the woods, then a bumpy climb to an open field where the wind blows hard, then back into sweet sweeping single track to finish on some rooty drops. Of course, everyone on the team nailed the corners and drops! India was the first to go off with Robin and 5 minutes behind. India had a girl to beat on her mind and Robin knew she was the one to beat with the leader jersey on! Both had super races, but both commented on cramping and heavy legs. Henry, Eli and Issac (first race ever) were next and it was so fun to watch Eli (who was also competing in his first race ever) came through first! All three finished together and spent most the race passing (gotta get those boys to the starting line early, early, early!!). Last was the big boy’s varsity race and Stephen got a spot on the first row. His division is soooo tough and competitive that even I get intimidated standing near the start! Stephen was having one of his best races passing 3rd and riding with 1st and 2nd. He looked to have the power to pass em! Then he too cramped. And anyone who cramps knows that it takes everything you have just to pedal in your granny gear back to the finish. Coaching lesson to be learned: quick spin even with head lamps after sitting for 11 hours!!!

I was hoping for a quick polo game before heading home, but alas the 7 hour drive needed to begin to get everyone home by 9 pm for school the next day….once again, can you believe the dedication? I stayed to clean up the course and collect the team’s two trophies and India’s medal. The team is still in 2nd just 90 points behind Vail Composite. The next race will be just as far to drive, but nothing deters this team whose passion shone bright this past race!

The Devo Halloween ride met at the Trials comp at Santa Rita Park at noon last Saturday! There was a spooky kids’ trials course that weaved in and out of the rocks with spiders, spider webs, skulls, etc. Most kids went home that day with spider webs stuck in their bars and wheels! We then headed on the Spirit Trail towards the cemetery. It was a perfect day with kids and parents in costume. We all met at the top of the cemetery at the gravestone of ‘Mr Sloan’ where Sarah told the story about ‘Mr Sloan the mailman’ whose spirit still walks amongst the woods looking for his lost letter. WE then bombed down the hill back to the trials comp to watch the pros hop, pop, jump, and stick to big boulders. Big thanks to Ryder Okumura, Red Bull, and Steamworks for helping make the event such a spooky success!

Here is the flyer for the FLCCX series, 11 Stan’s.FCCX Series Flyer

The Fort Lewis Cycling team puts on a great local cyclocross series every year. This years races will include stops at Cuba, Aztec, Dolores, FLC, Durango Fairgrounds and Cortez. There are events for all ages and abilities and it is great entertainment for spectators during the cold winter months. The Durango Devo Cross Team will have team races at FLC on November 20th and December 18th at Fort Lewis College.

They just won their 5th consecutive mountain bike National Championships. There sure was a lot of Devo Alumni down in Angel Fire. Sorry no picture of Alumni Joe Schneider. He did great competing in all 4 events. Heres the full results.

U19 Alumni Hannah Madden riding for Colorado School of Mines

Trails and Trials From the Crypt this Saturday

Devo Halloween Ride leaves at noon from Santa Rita with costumes and parents!!!

“Scary” trail which is also a trial at Santa Rita for all ages! 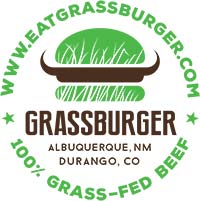 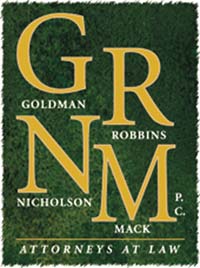